I have a simple craft tutorial for you today….how to make a twig letter that’s embellished with felt flowers.

I’ve seen several variations of these twiggy initials online, and decided to come up with a DIY version.  The letter “R” I created became a door hanger for my daughter’s room.

twigs/sticks (try to find some with a little give; if they are all stiff, they will snap when you shape them)

How to make a twig and felt flower letter

Gather your supplies and wire your stick letter together.

If your letter is very curvy (like the letter “C”), you probably want to buy some faux sticks with a lot of give. These will likely need to be plastic or something with wire inside. The good news is that the faux flowers and twigs that are on the market nowadays are often quite realistic.

Group the twigs into the basic form of the letter you are creating. In my case, I was making the letter “R”, so I started with its “back” piece. I bunched the sticks together and secured them with wire…. 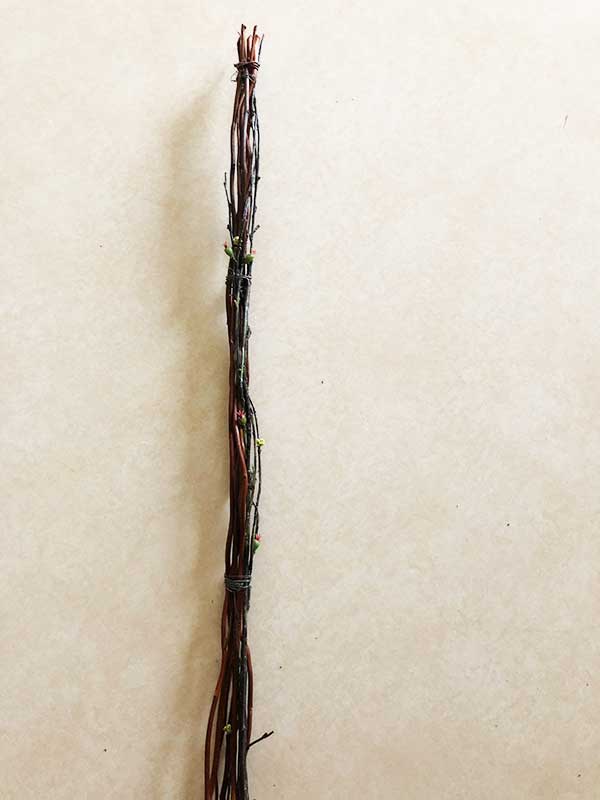 Next, I made a second bundle of the “bendier” twigs…. 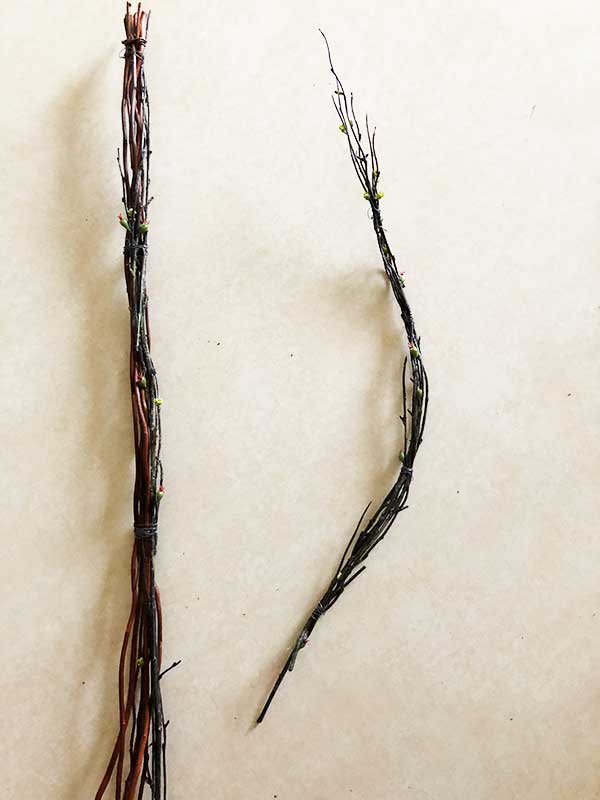 I shaped it and then attached it to the first bunch with wire…. 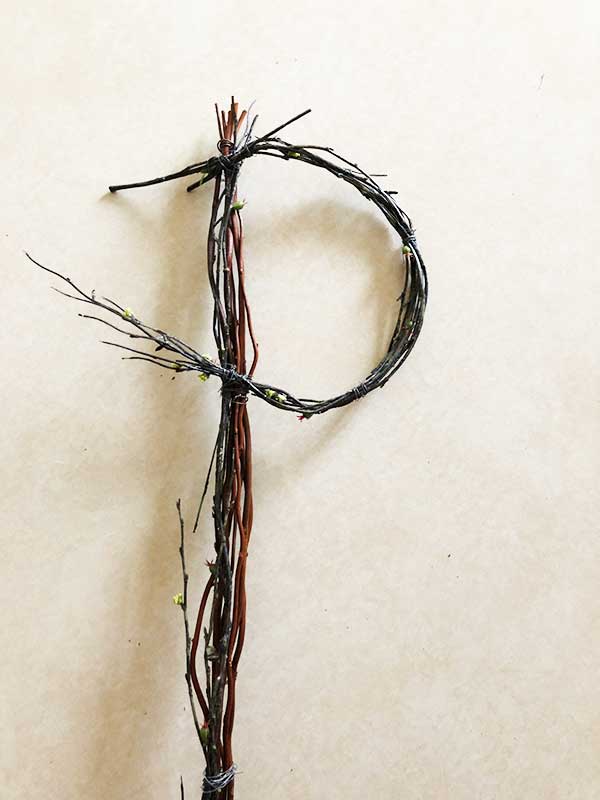 Feel free to stop here if your name begins with the letter “P”. 😉

My daughter’s initial is an “R”, so I continued by wiring on the final “leg” piece…. 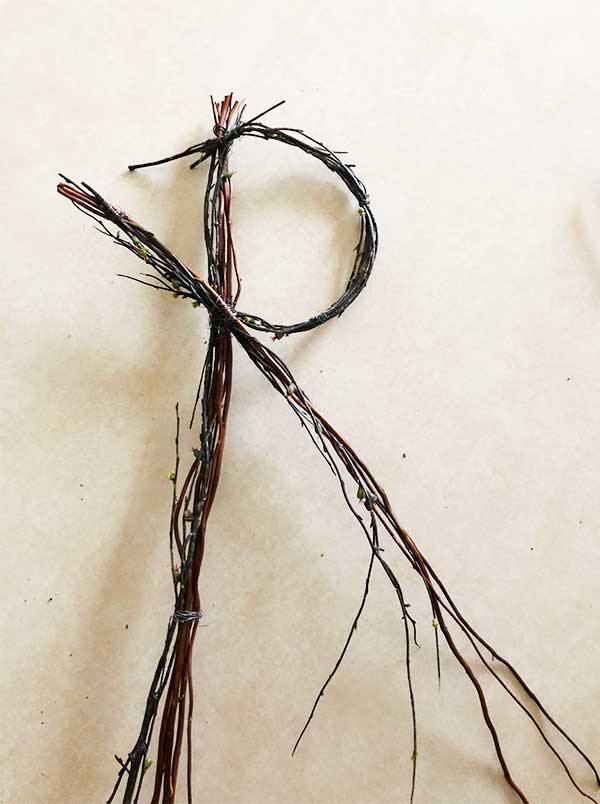 And then trimmed it up a little bit….. 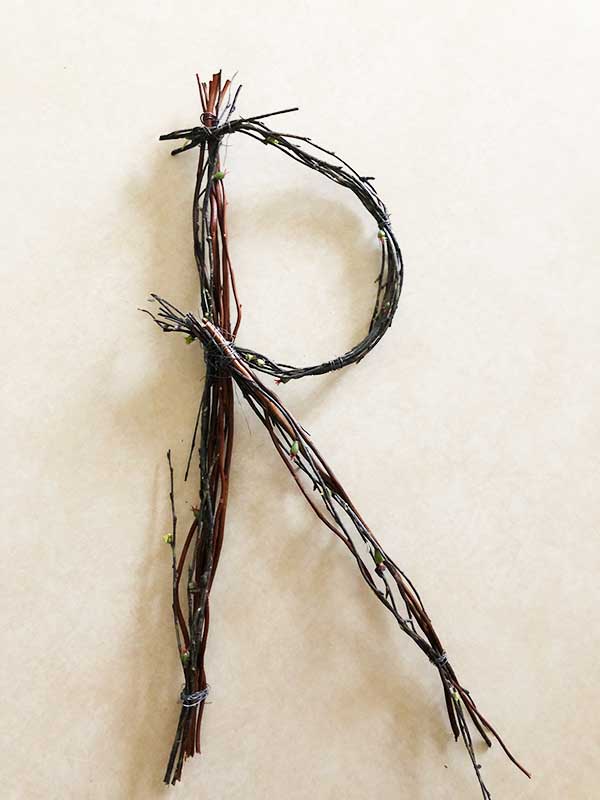 I bought this beautiful set of pre-made felt flowers on Etsy (the seller makes several other colors and styles as well)…. 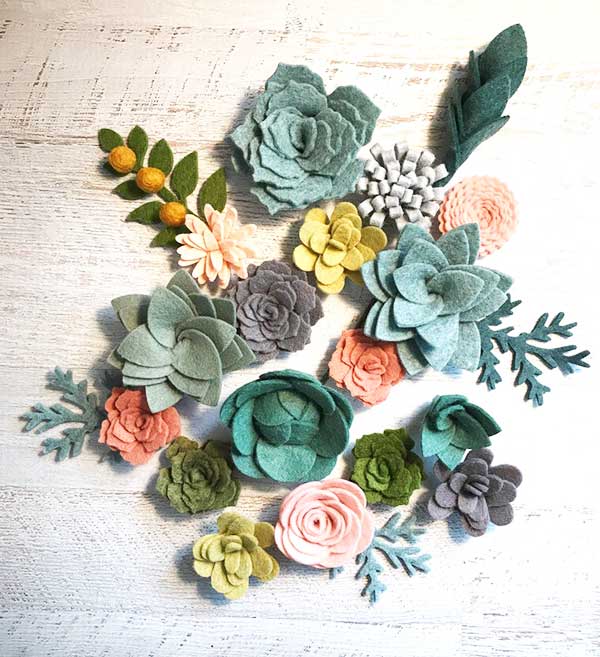 Or here’s a set of peach felt flowers you might like…or some blush felt flowers….or some with bright coral and turquoise.

If you’d rather try your hand at making them, I found several tutorials on Pinterest. The ones pictured below are particularly pretty and you can find the instructions to make felt flowers here. 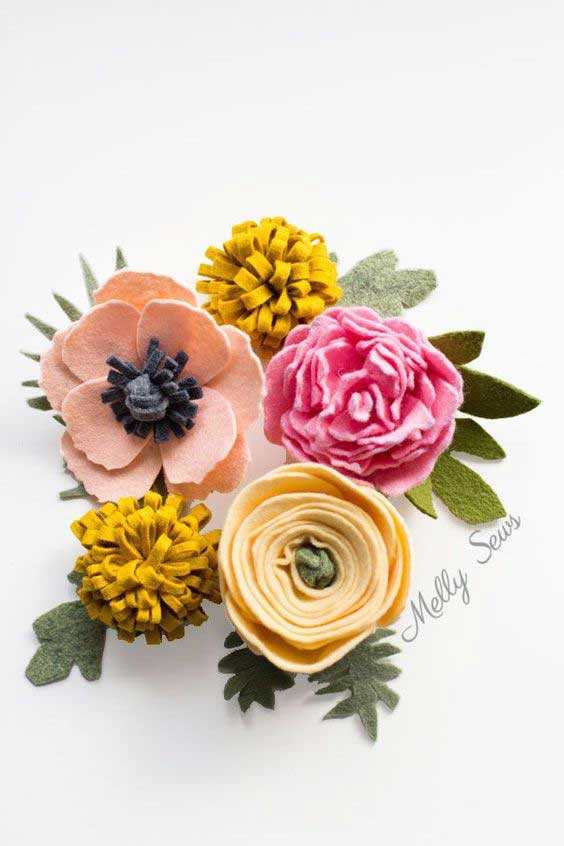 Once I gathered the flowers into a few groupings, I played around with them until I got the look I was going for.

Then I simply hot glued them to the twig letter, making sure to cover the places where I used wire to join the twigs…. 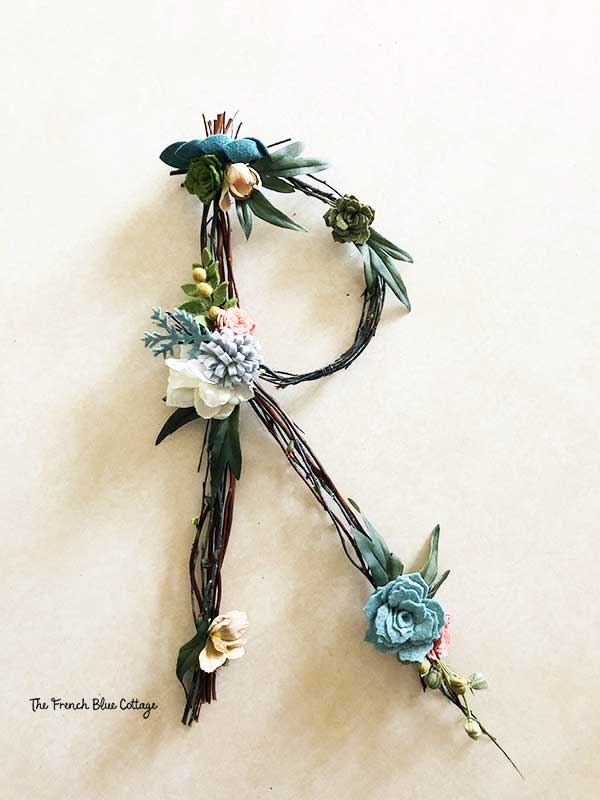 I also added a few faux (silk) flowers and some silk leaves behind some of the felt flowers just to give it a little more texture…. 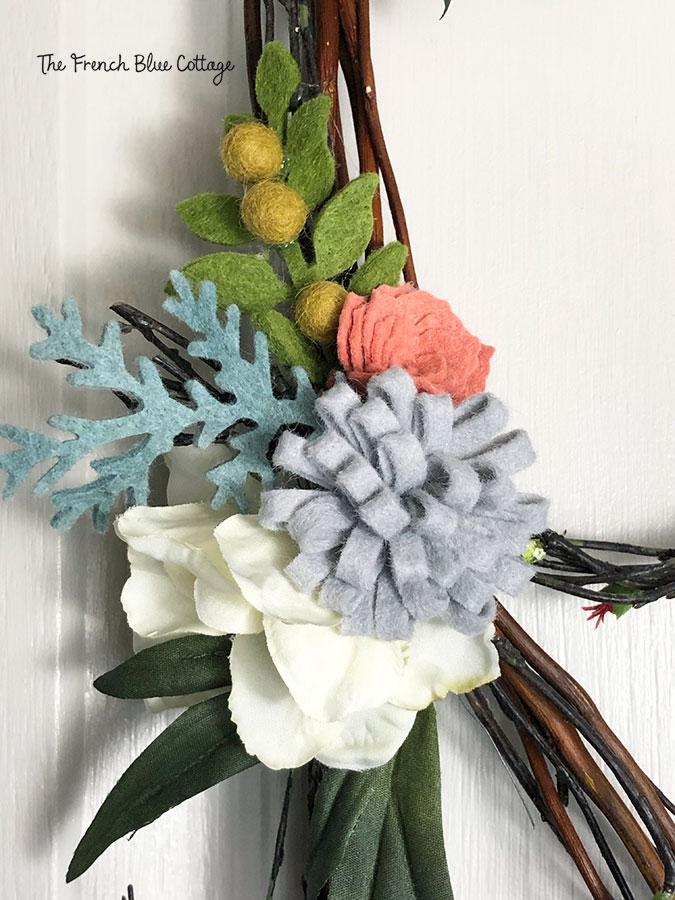 Here is her twig letter “R” hanging on her bedroom door…. 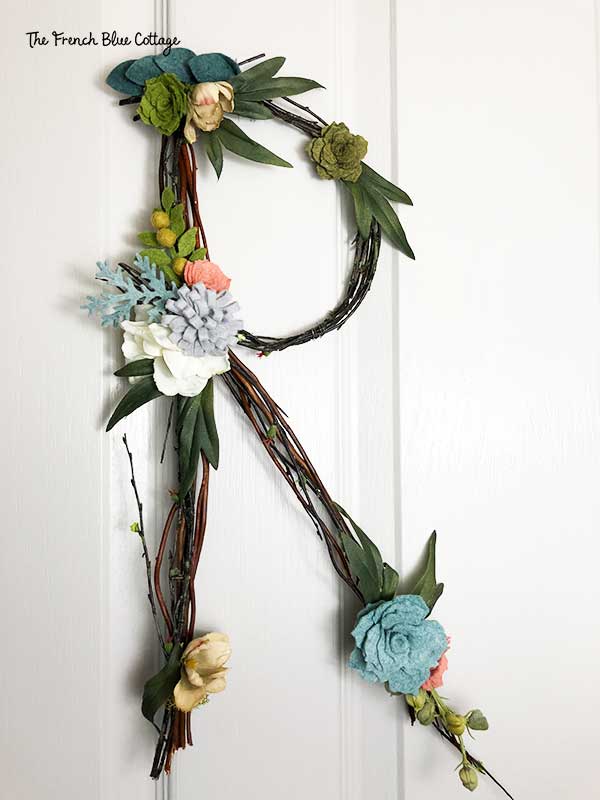 I had quite a few flowers leftover, so I made some more groupings…. 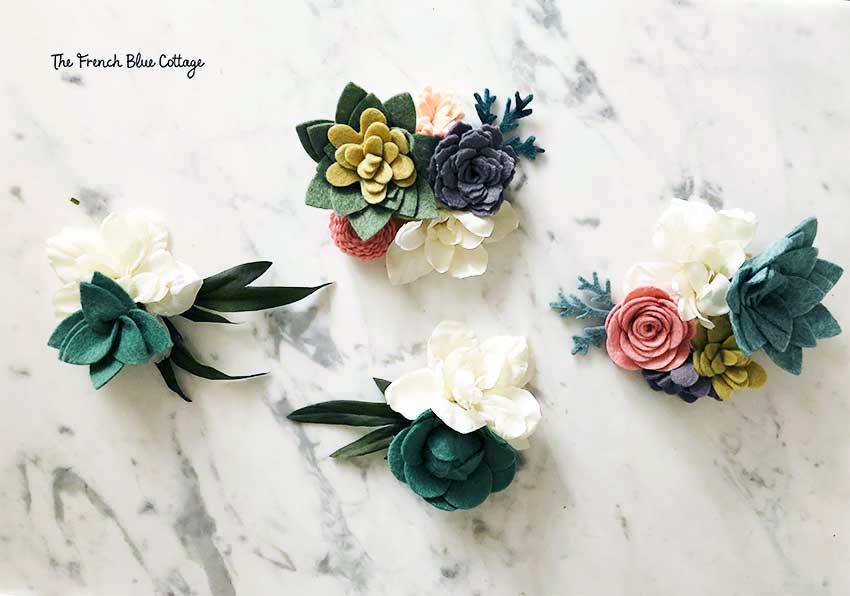 Then, I glued them to a piece of craft felt… 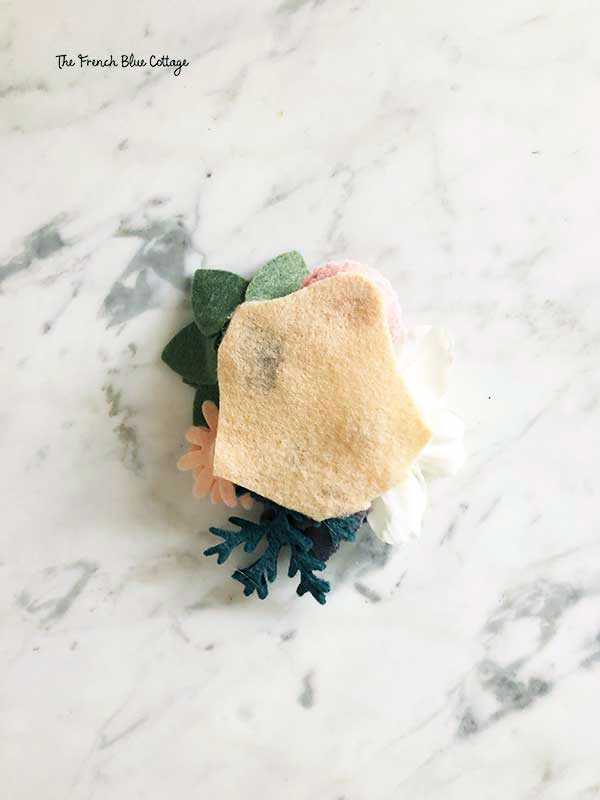 Again, I wanted a bit more texture. This time I glued a couple smaller twig pieces to the back, along with a ribbon…. 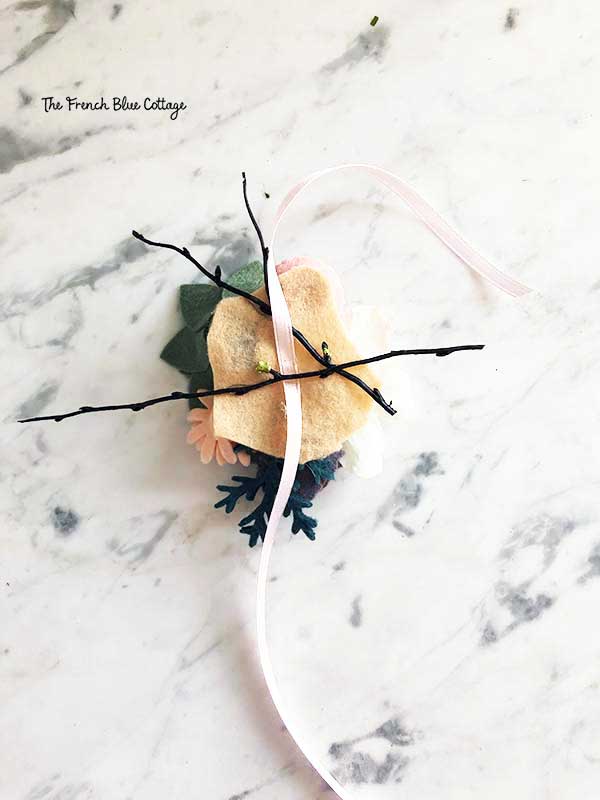 I attached them to her headboard just to dress it up a bit…. 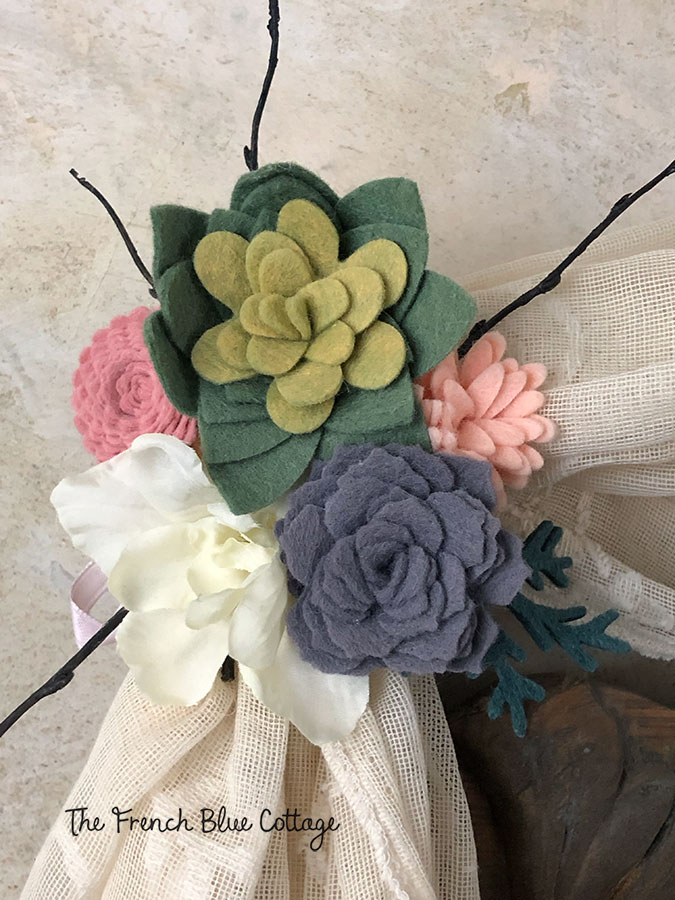 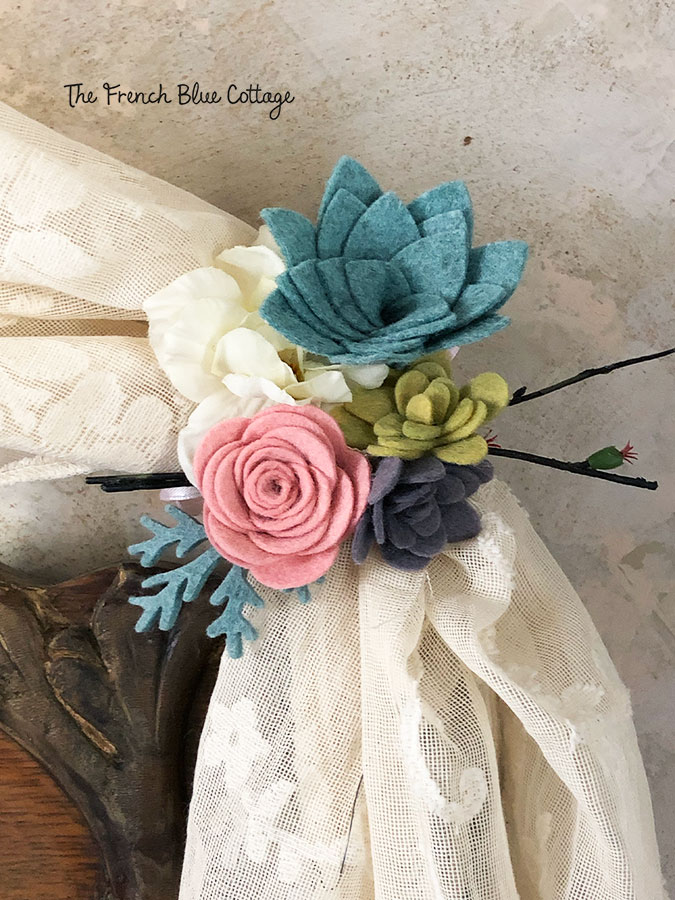 The felt flowers are on the top edges of her antique headboard…. 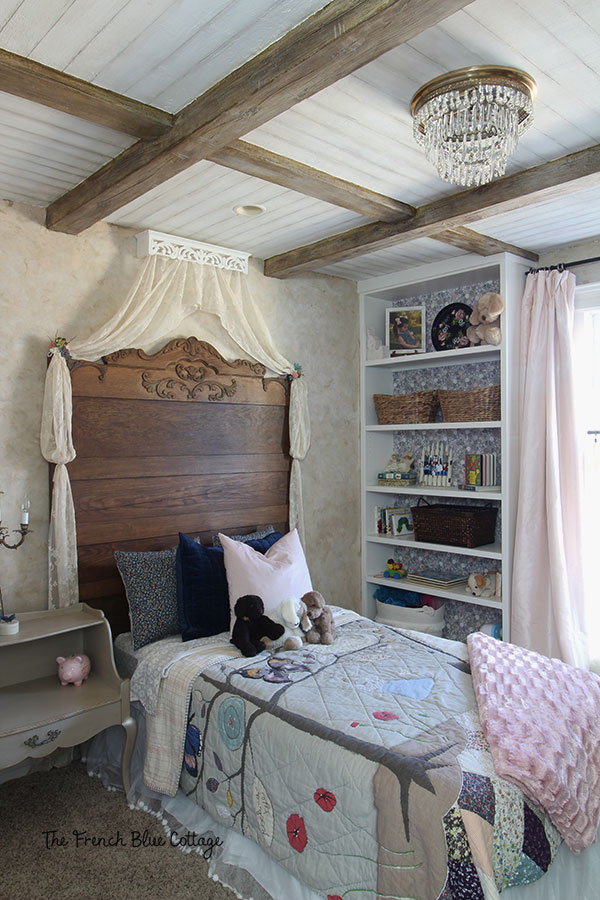 See the rest of her French country room makeover here.

I think these twig letters would look great in a nursery, a girl’s room, or even a woman’s office or craft room.

You could also just use the felt flowers in wreaths, hair bands and pins, pillow covers, or even add faux stems and put them in a vase.

I hope you enjoyed this tutorial….have a great weekend!

You might not be ready to create a twig letter right now, but you could always pin this for later! 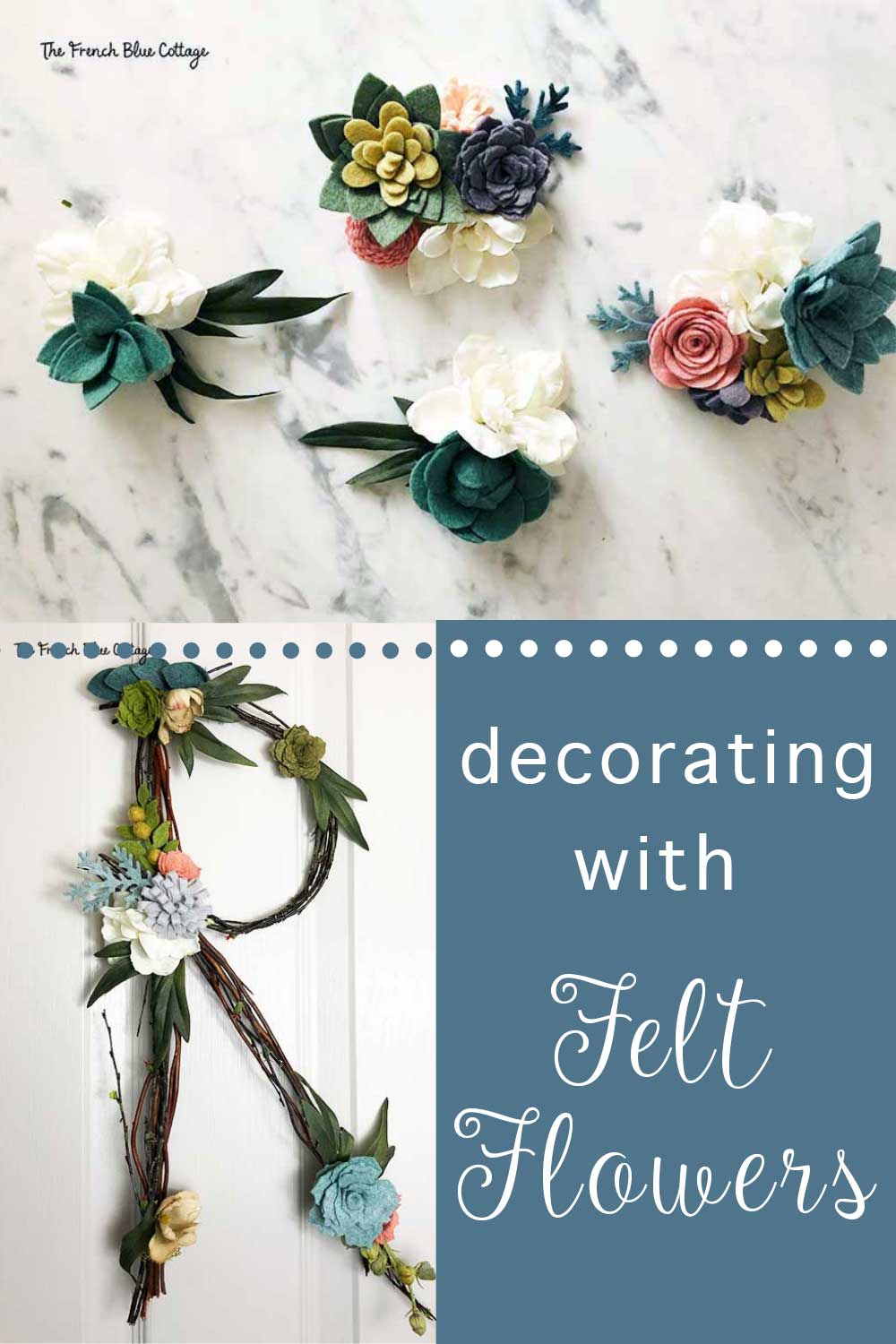 « A Chair Makeover Makeover
DIY Concrete Craft: How to Make a Jewelry Bowl »