There are so many decorating terms that are actually French words. So, I’m going to start a series of posts dedicated to learning about some of them. I’ll cover the terms and how they are pronounced, because dontcha hate not knowing how to say something correctly? 🙂

In English, we would pronounce it ‘twäl and it rhymes with wall. It’s translated as “cloth” in French.

The fabric that most of us think of when we hear the word toile was first made in France in the late 1700’s.

Toile is also known as Toile du Jouy. This is pronounced twäl-də-‘zhwē and is translated as “cloth of Jouy” after the city in France where the fabric was manufactured.

Toile often comes in neutral colors and usually depicts pastoral or farm scenes like the one found below. 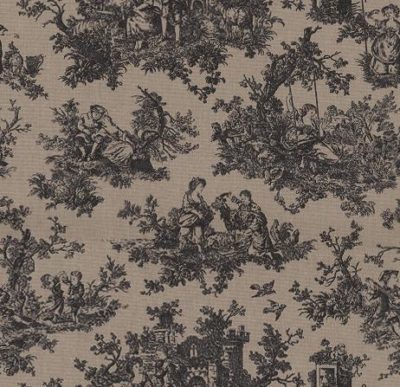 But you can also find it in brighter colors… 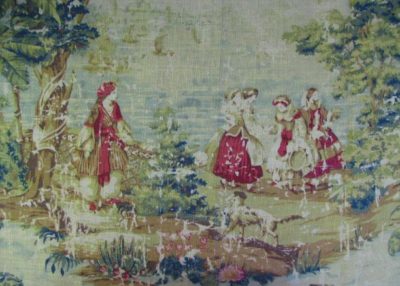 and in other patterns such as, florals. 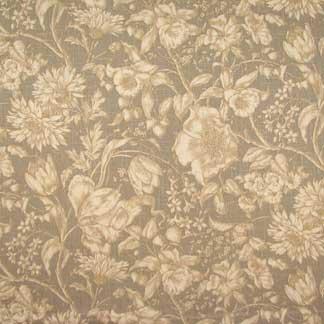 I love toile in small doses, like on these chairs….

I also love toile when it covers the walls and curtains (especially in a small room)…..

I also really love that cute dog in the sink! That’s the kind I want (someday). But, I digress.

Anyway, I hope you learned something new about toile.

And if you have a specific term, you’d like me to cover in a future “French Lessons” post, drop me a line.