Symbolism is found throughout French design. Here are some examples of common symbols used in French-inspired spaces.

1. One of the most common symbols is the scallop shell, which is commonly associated with Louis XV. (Read here for more information on the various Louis styles.)

The shell can symbolize welcome, lodging, food, or St. James. 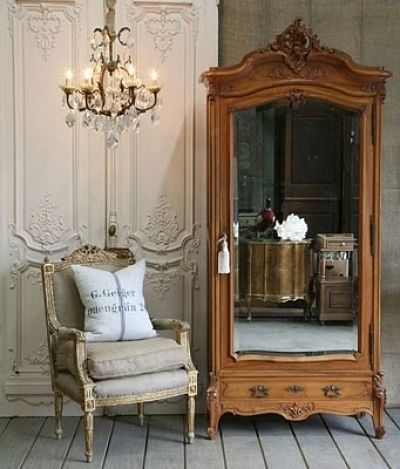 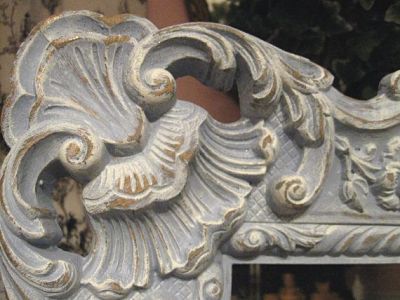 I found the shell motif in my house on my dining room chairs and my armoire.

2. The lyre is a musical instrument that is also sometimes seen in French design. It can symbolize wisdom and moderation.

A small table with a lyre-shaped base…

The room above definitely looks more Swedish, but I see some French style in there, too.

A French-country chair with a lyre back…. 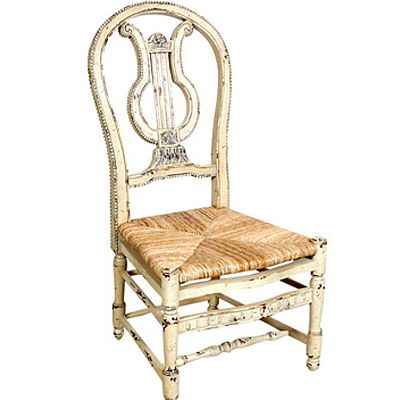 3. and 4. The bee and the laurel wreath are very common motifs in French-inspired design. The bee can represent immortality, resurrection, and the ancient French sovereigns and was one of Napoleon’s favored emblems. The laurel wreath stands for honor and victory. 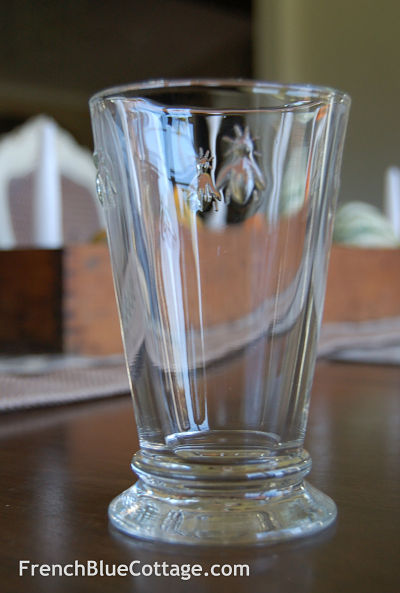 I bought the “bee” glasses shown above at Tuesday Morning. And, on a side note, you never know how spotty your glassware can be until you go to photograph them! 🙂

The laurel wreath is sometimes used alone like this… 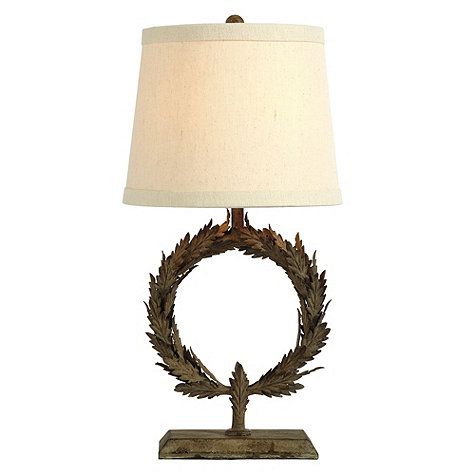 but they are quite often used together….. 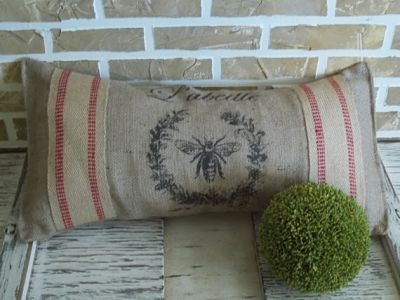 5. A symbol that is mostly reminiscent of the southern, Provence region of France is the cicada. Cicadas symbolize summer and happiness.

Check out these beautiful cicada hinges! I think I need to find a place in my house for these! 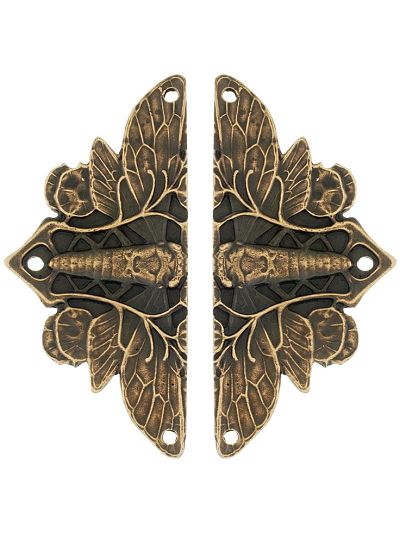 Cicadas can also mean good luck and ceramic versions can be seen (often mounted on a diagonal slant) on the outside of some homes in the south of France. Do you see the two ceramic cicadas on the shutter of this French house? 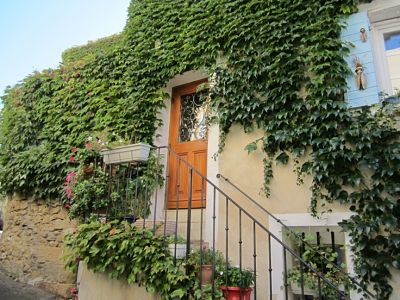 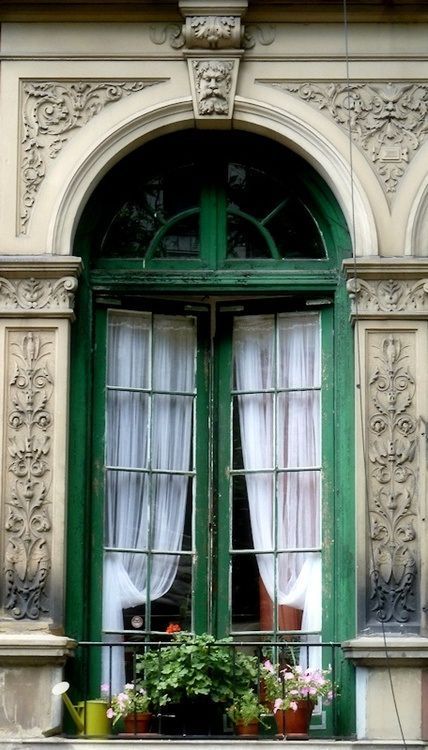 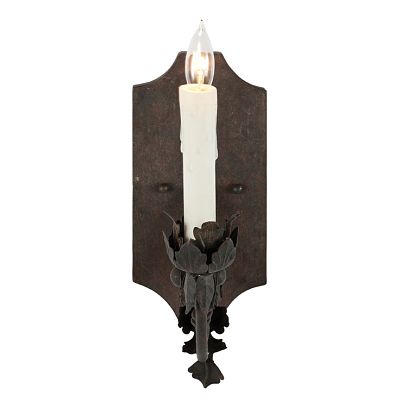 7. Perhaps the most common French symbol is the  fleur-de-lis (pronounced flür-duh-‘lee) which literally means lily flower. It has a strong connection with Charlemagne. It’s also associated with the Holy Trinity, purity and the French royalty. 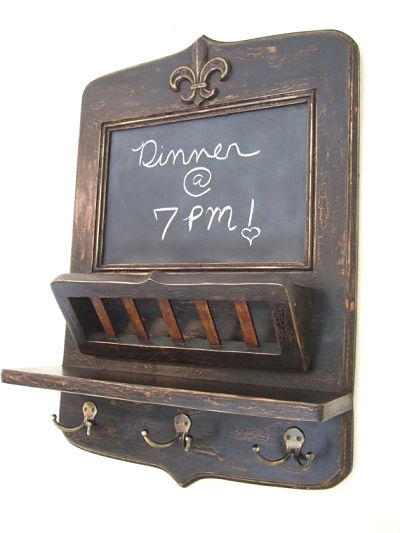 These flour-de-lis knobs (purchased at Hobby Lobby) are on my entry way bi-fold doors. 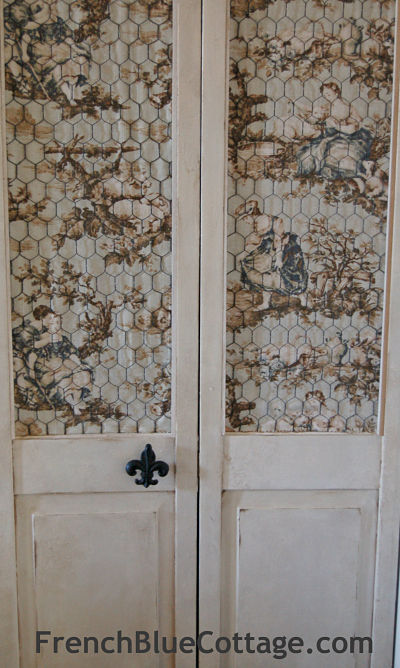 Whether or not your home is decorated in French style, I bet if you look around it, you will see some symbols or motifs that were invented or popularized by the French.

In  my opinion, the fleur-de-lis and the bee/laurel can be a bit overused in our American version of French style. But when used in moderation, all of these symbols can give a room a great sense of French flair.