Time for another French lesson. And the word of the day is “armoire”. I’m guessing that pretty much everyone knows what an armoire is, but how is it pronounced? Do you say the “r” sound at the end or leave it silent, as in “arm-wah”? I’ve even heard it pronounced “om-wah”, which totally reminds me of the priest in the movie The Princess Bride!

Well, I looked it up and in English we would pronounce both “r” sounds by saying, ärm-‘wär (with the ärm sounding just like it looks and the wär rhyming with far). The term comes from the French language, but has roots in the Latin word “armorium” which was a chest for storing armor. Originally an armoire was used to store armor and weapons.

Well, around my house we’re not keeping any suits of armor in our armoires, but homeschool books and supplies go in this one…. 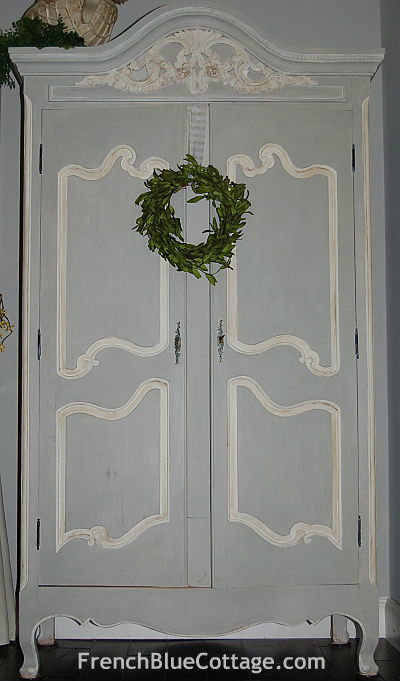 And clothing and a t.v. are stored in this one…. 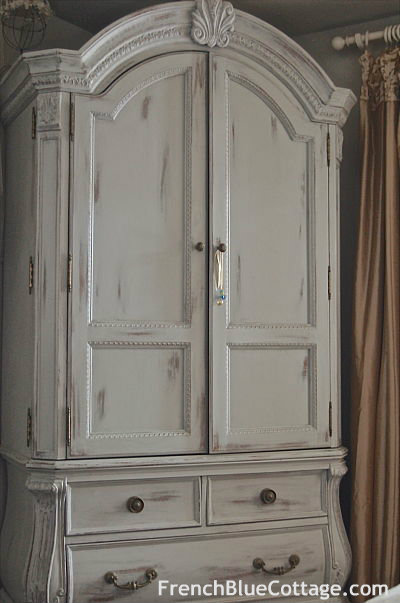 I’m typically drawn to armoires with French detailing and/or a bonnet top (like the photos of my armoires), but I really love this glass-front armoire…..

This one with the mirror on the front is pretty, too.

Eclectic Bedroom by Other Metro Media and Bloggers Dreamy Whites

And I’m over the moon for this gray one with it’s doors removed! 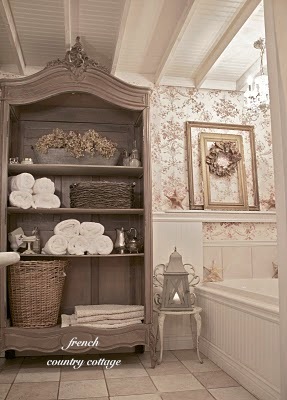 Or how about this one that is built into the wall.

I’ve also seen armoire doors with fabric or chicken wire inserts or wallpaper. I love armoires and am always on the lookout for a great-looking one. But if I hear someone pronounces it “om-wah”, I will probably be mentally reciting the “mm ow age” lines from the Princess Bride!

« Cane-Back Chairs
4th of July decorations – Pinwheels and a Banner »