I’ve been wanting to write a letter to my daughter for awhile now. I just learned that November is National Adoption Awareness Month, so I thought that this was the perfect time. The primary focus of adoption month is on foster care and the children who are awaiting adoption from within the system.

For many years, I felt a little tug, or a calling to become a foster family. Finally, in 2015, my husband and I agreed that it was “now or never” and went through the classes to become a certified foster home through the Chickasaw Nation.

I want to share some of our story with foster care and adoption, but in a way that protects our daughter’s dignity. Some parts are uniquely her story and I want her to make the decisions about what she wants to share when she’s old enough.

I’m inviting you to take a glimpse into one family’s journey with foster care and adoption in this letter to my daughter.

*Please humor me. This post has lots of photos. I just couldn’t help myself!

A letter to my daughter….

To my precious daughter,

You came to us as a 17-month old baby. Late one cold, January night, you arrived at our front door, carried in the arms of a social worker.

Dad and I had gone through all of the classes to become a foster family about two months prior. Earlier that January morning, DHS called me to say that a baby girl was needing a temporary home to be placed in…..would we be interested. We agreed to open our home for this baby and then went into a frenzy to get things ready.

You see, your brothers were 13 and 10 at the time, so we didn’t have anything for a little one anymore. We borrowed a crib and a highchair from one of our neighbors. It was so cute to watch Dad and the boys putting together the crib. We also moved your brothers into the same room (they were very excited about you and were so gracious about giving up their own rooms to bunk together). After that, we went to the store to get a carseat, some clothes, diapers and supplies, and baby food.

Then, we nervously awaited your arrival.

The first time we met:

Around 8 o’clock that night, the doorbell rang. There you were, wrapped in a blanket and carried by your social worker, Jan. She handed you over and you came right to me and seemed curious about your surroundings. We had a chat about you and signed some paperwork while you crawled around, exploring our living room. 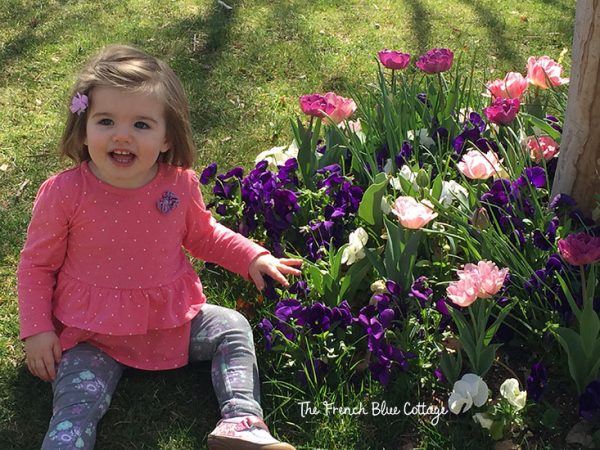 After about an hour, Jan left and it was just you and me and Dad (the boys were spending the night with Mamie and Papa that night). The first thing we needed to do was to give you a bath. You were a little unsure about the bathtub, but eventually started splashing around a little. Then, it came time to wash your hair and oh, my goodness, how you screamed! It was my first taste of some of your sensory issues! 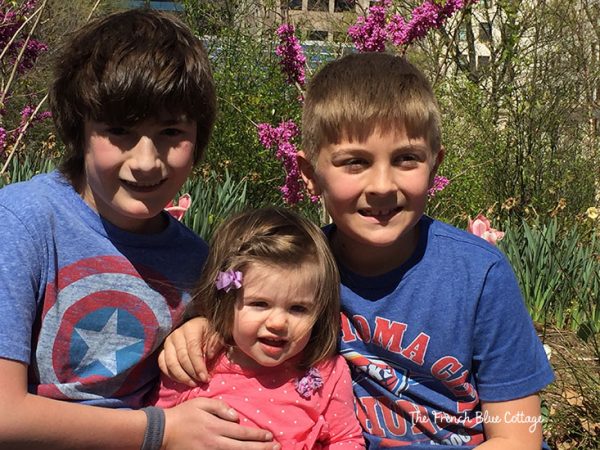 After bath time, we put you to bed and you went right into the crib and right to sleep. You woke up once in the night, but that was it. From the very beginning, you seemed to need a lot of sleep. You routinely slept for 15 hours at night, but did not nap very often during the day. 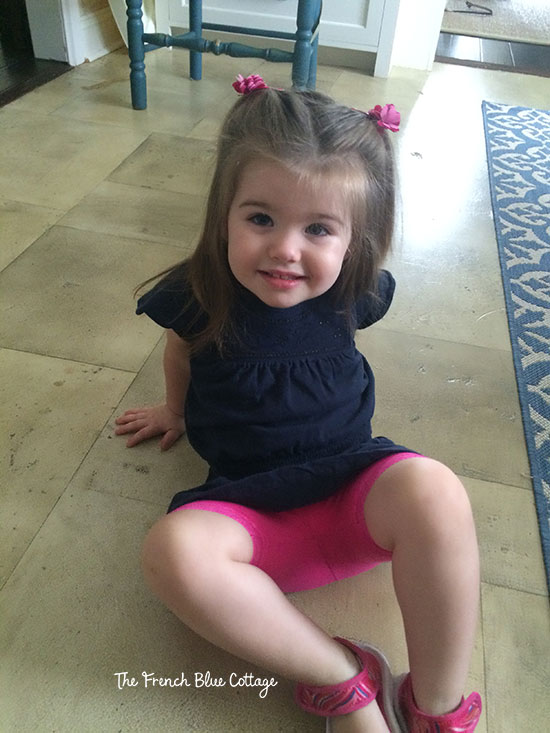 Your sensory issues were apparent from early on. I already mentioned the hair washing. In addition, you didn’t like to touch play-doh or other textures, were a very picky eater, couldn’t stand being cradled or laid on your back, and were very frightened by sudden, loud sounds. Sometimes, you had tantrums or fits that seemed to come from nowhere. And, wow, did you have a set of pipes! Your screaming was like nothing I had ever heard!

We had no idea how short or how long your stay with us would be, but we really thought that you would eventually be sent back to your biological parents. But each court date found new issues or unmet goals, and you’d be sent back home with us until the next court date. 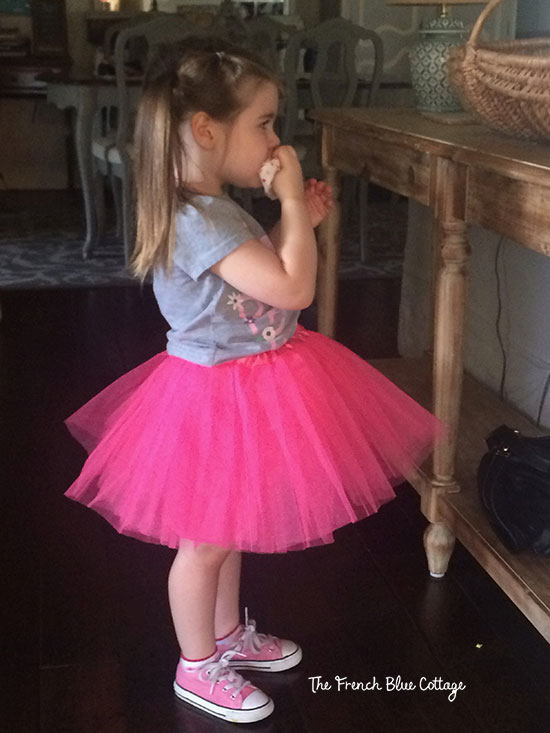 Meanwhile, we were discovering some of your health and developmental needs. You had constant ear infections and failed your hearing test. This led to a surgery to have your tonsils and adenoids removed. Your doctor was also concerned with your development which led to weekly speech and occupational therapies. Eventually, you were diagnosed with high-functioning autism. (Years later, and after much therapy, this diagnosis was removed. Not that people typically grow out of autism, but that the diagnosis is sometimes difficult to make, especially at an early age.)

Growing, changing, and falling in love:

Over the following year and a half, we continued to take care of you and grew to love you. We experienced seasons, birthdays, holidays, vacations, and everyday life together. 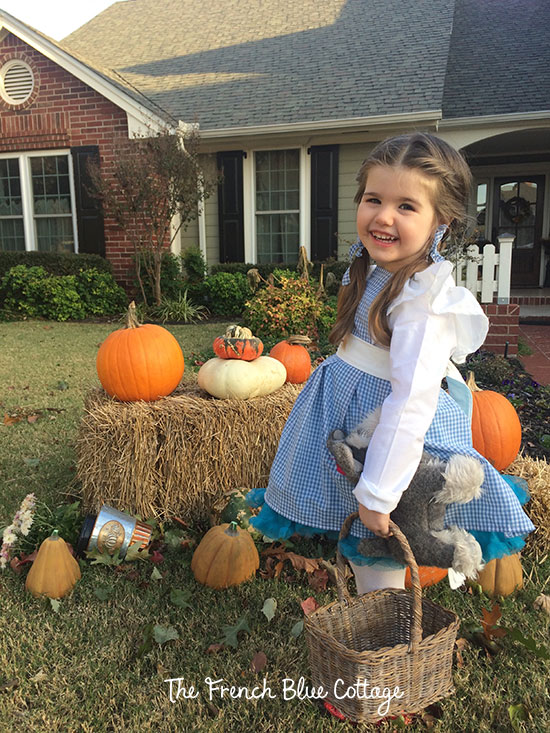 Your sensory sensitivities ever so gradually began to improve. Your balance and speech also saw great improvements. 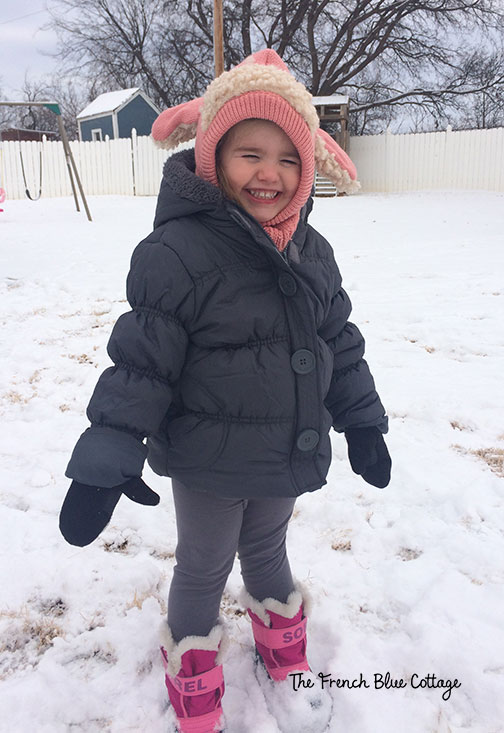 Very early on, you became extremely attached to me and began calling me “mama”. You heard the boys call me that and it just naturally happened. 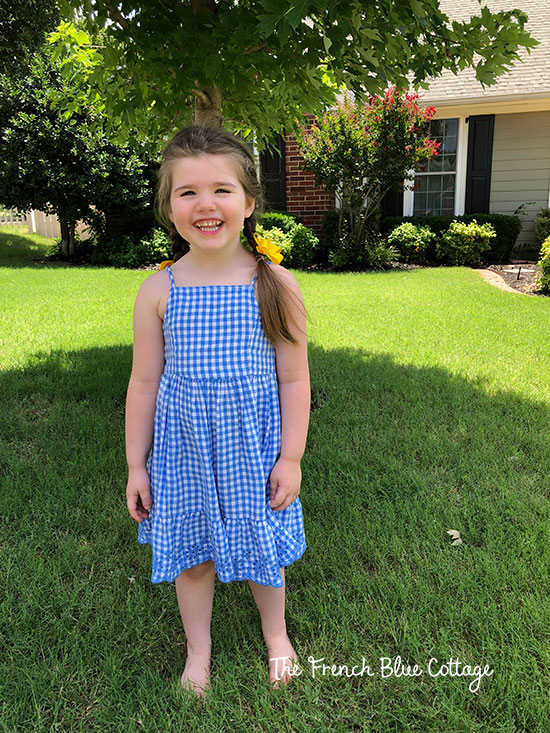 Each court date brought anxieties about whether you would be staying or going. On one hand, we were rooting for your biological parents to make the necessary changes, and on the other hand, we knew how unbelievably hard it would be to let you go. All we could do was take care of you to the best of our abilities and leave the future in God’s hands. 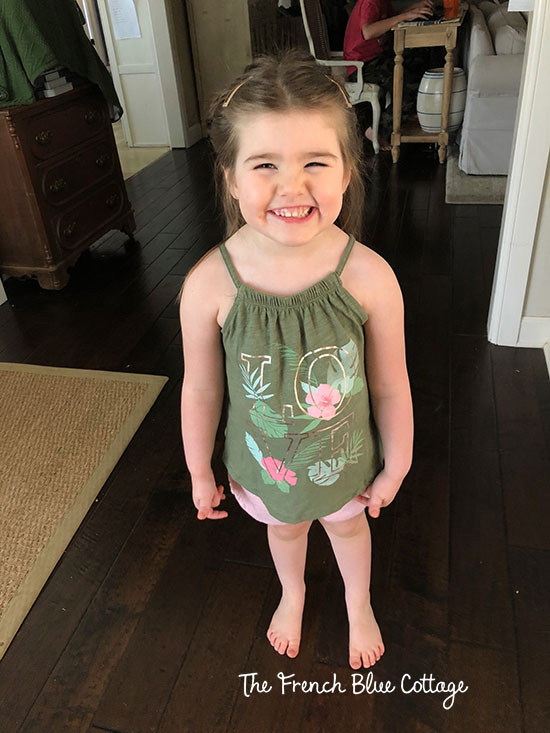 Then one day, we went to one of your regular parent visitations and everything changed. Your biological mother asked me if we would adopt you. She said that they recognized that they were not able to take care of you the way you needed and that you were happy and stable with us. It was such a bittersweet moment. I felt so very sad for them, but so overjoyed at the thought that you could officially be mine.

Just a word about your biological parents. They love you very much, but they were just not capable of meeting your needs. And they recognized that you were happy and had become completely attached to me and to our family. They made their difficult decision out of great love.

After being your foster mom for one year and nine months, we were back in the court room again. But this time, Dad and I were there, in front of the judge, to adopt you into our family and to promise to take care of you. We gladly made that promise and you officially became a Conley! 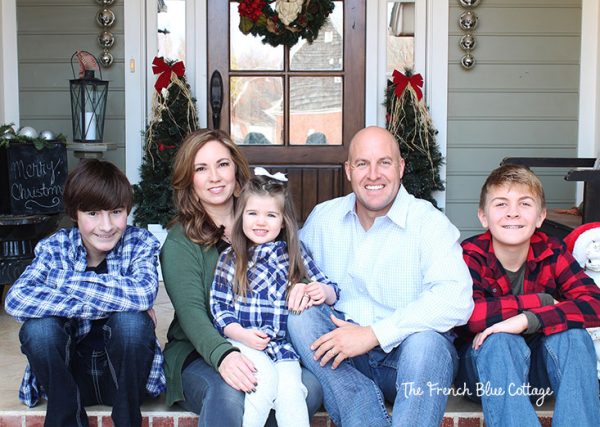 You were not born from me. We don’t share the same genetic makeup. But make no mistake, you are a part of me. You are as much “mine” as your brothers are. I’m writing this letter to you during National Adoption Awareness Month, but I no longer view you as my “adopted daughter”. You are simply my daughter. My vivacious, hysterically funny, one-of-a-kind daughter. You are fully knit into our family and into my soul and can never be removed. It was not an easy beginning and I’m certain there will be challenges along the way (life is messy, after all), but we will face them together.

The following photos were taken by a wonderful, local photographer…Megan Reid Photography 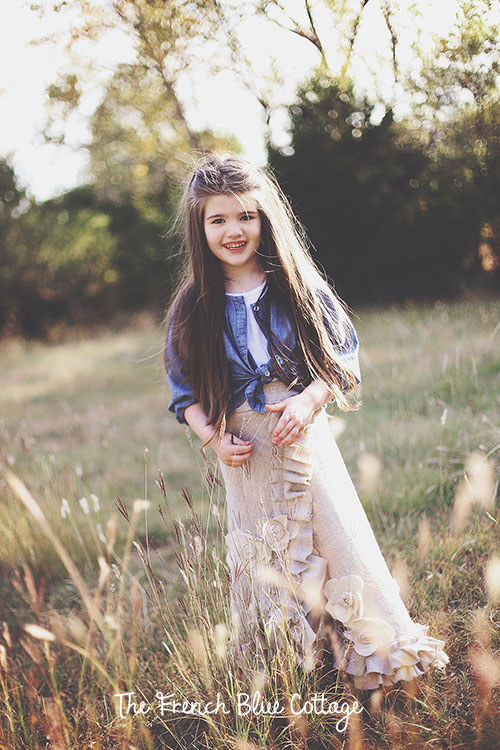 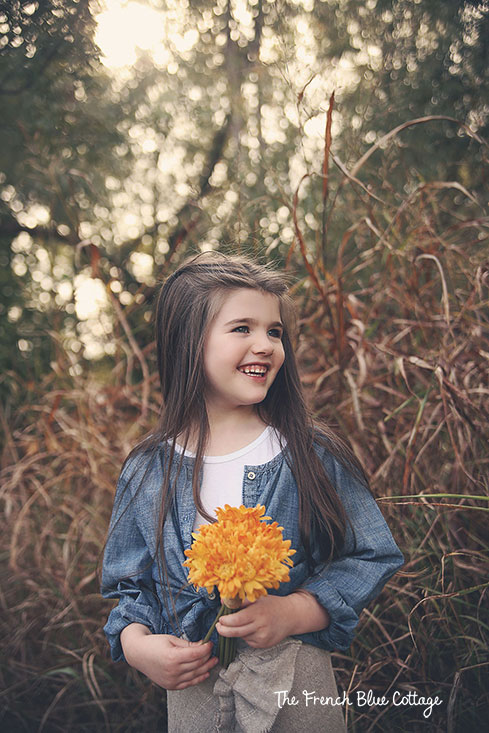 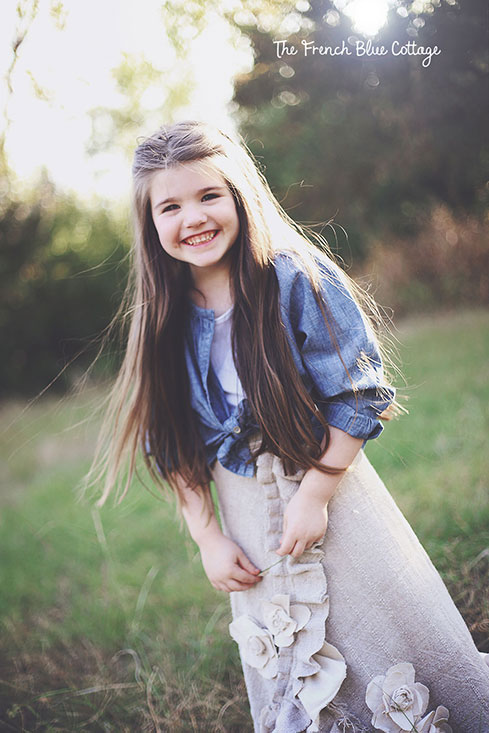 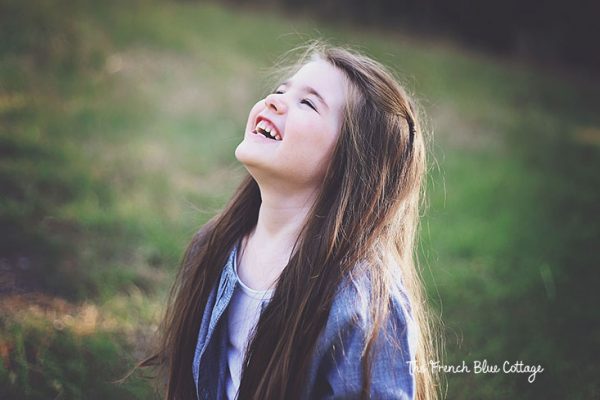 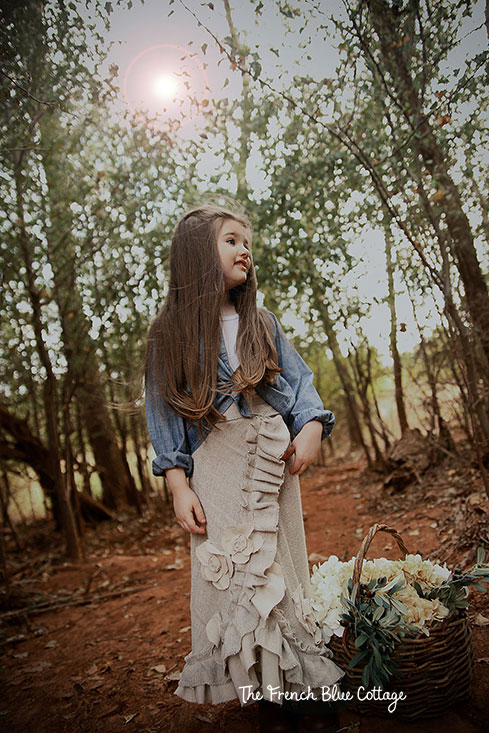 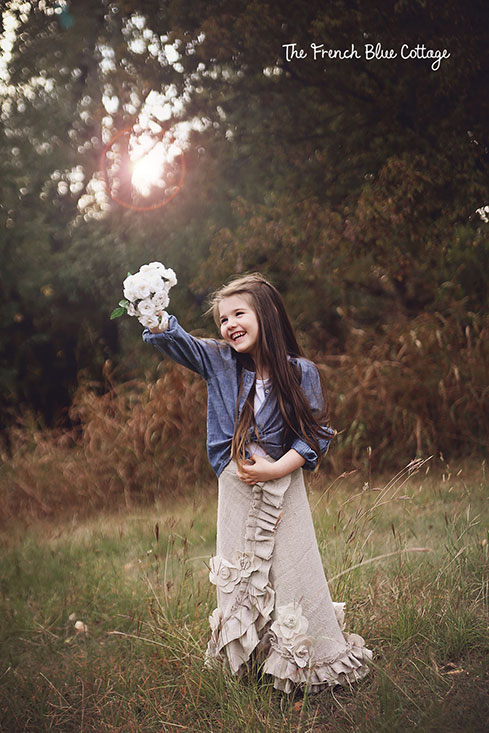 God’s got big plans for you, Sweet Pea. I love you with all of my heart!

Just a few notes. Rachel’s adoption is an “open adoption” which means that we agreed to allow her birth family to see her, which they do a few times a year. It’s not a legal thing and we could stop this contact at any time, but we would never do this. In addition, we kept her first and middle names because they’re a part of her. We did give her a second middle name (and our last name, of course).

*If you are interested in foster care or adoption, I encourage you to at least look into it. There are so many children in need of good homes. I will not lie, it’s not an easy road. And many times people open their homes, fall in love with a child, and then the child goes back to their bio family. But the fear of pain should not stop us from doing hard things if we’re called to do them. Pray about it and look into it and see where it goes.